Privatization of seeds a concern in Canada 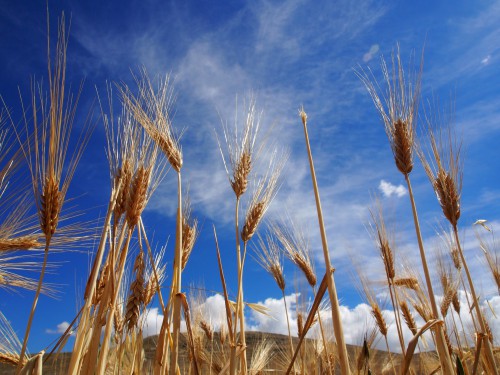 One of the issues raised in Development and Peace’s latest campaign, Sow Much Love, is the increasing privatization of seeds in the Global South. This limits the ability of farmers to access seeds, as well as to save, exchange and reuse their seeds, which are age-old traditions that ensure food security and promote biodiversity.

This disconcerting trend is not only occurring in the Global South. It also being lived by farmers here in Canada. As part of Omnibus Bill C-18, or the Agricultural Growth Act, the Government of Canada is seeking to apply UPOV ’91, an international convention that governs the intellectual property rights of plant breeders of new varieties of plants, here in Canada.

Through this convention, plant breeders, which are mainly large multinational seed companies, are given the right to sell the seed varieties they develop, and to collect royalties from farmers. UPOV also prevents farmers from saving seeds produced by these plants for use for the next crop.  Canada currently abides by an older version of this convention, UPOV ’78, however, if UPOV ’91 comes into effect through Bill C-18, it would further extend the rights of plant breeders over those of farmers.

There has been international resistance to UPOV ’91 from unions, social movements and farmer associations around the world that recognize the global dominance this convention gives to multinational companies, diminishing local control over food systems.

Here in Canada, the National Farmers’ Union (NFU) has mobilized to warn against the negative impacts that Bill C-18 could have on Canadian farmers, stating that if UPOV ’91 is adopted it will immediately:

•    Reduce the freedom and independence of Canadian farmers by making it much more difficult to save and reuse seed forcing them to pay more for seed;
•    Impinge on the autonomy of independent seed cleaners;
•    Transfer millions of dollars every year from farmers to plant breeders’ rights (PBR) holders; and
•    Consolidate the power and control of the world’s largest agribusiness corporations over seed, and thus over the Canadian farming and food system.

“The National Farmers Union is committed to creating a food system that puts people in control, not corporations,” said Ann Slater, NFU Vice-President (Policy). “Because Bill C-18 is not consistent with our over-arching commitment to food sovereignty, we are calling for its defeat.”

Bill C-18 is currently at the Committee stage, where the Standing Committee on Agriculture and Agri-Food will hold hearings and study the bill. The Committee will then prepare a report and present it to Parliament. After the report is received in the House of Commons it will be debated and voted on during its Third Reading.

If you would like to learn more about the NFU’s position regarding Bill C-18 and/or to show your support by signing their petition, visit their website at www.nfu.ca.