Philippines: A new start with a new home 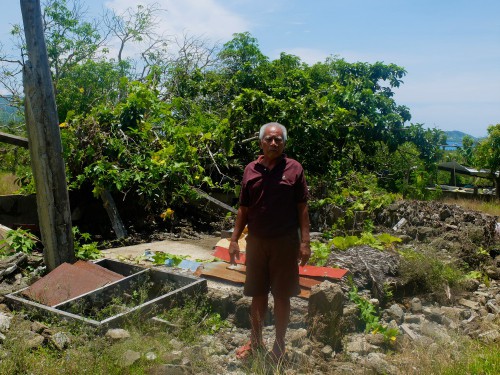 Mr. Sopriano Barsana, a retired policeman on the island of Samar in the Philippines, stands in front of his house – or what used to be his house. All that remains is one standing beam and a concrete floor littered with pieces of rusted tin, chunks of cement bricks in various stages of disintegration and brambles of metal wire.

Mr. Barsana had just spent his life savings building his new house. On the day of the storm, as he took refuge behind a concrete wall at his son’s house, he watched his new house come apart bit by bit by the strong gales and crumble to the ground when a tree fell right through it.

“I was very afraid because the roof was flying away and the trees were being uprooted. I am 72 years old, and this is the strongest storm I have ever seen,” he remarks, disbelief still etched in his voice even nine months later.

The destruction of housing was one of the most devastating impacts of Typhoon Haiyan. The United Nations Office for the Coordination for Humanitarian Affairs, estimated that 1.1 million houses were damaged or completely destroyed by the storm, and the needs are enormous.

Development and Peace is working with several partner organizations to help communities rebuild their houses. It is collaborating with Catholic Relief Services (CRS) and Caritas Philippines-NASSA on one such project that has also received funding of $2 million from the Department of Foreign Affairs, Trade and Development Canada, so that 1,160 families can rebuild their homes.

The houses are being built in communities that are remote and have often been neglected from relief efforts due to their distance from the sea. However, they were not spared the equally destructive effects of the high winds and rains, and many homes were either completely destroyed or suffered extensive damage. 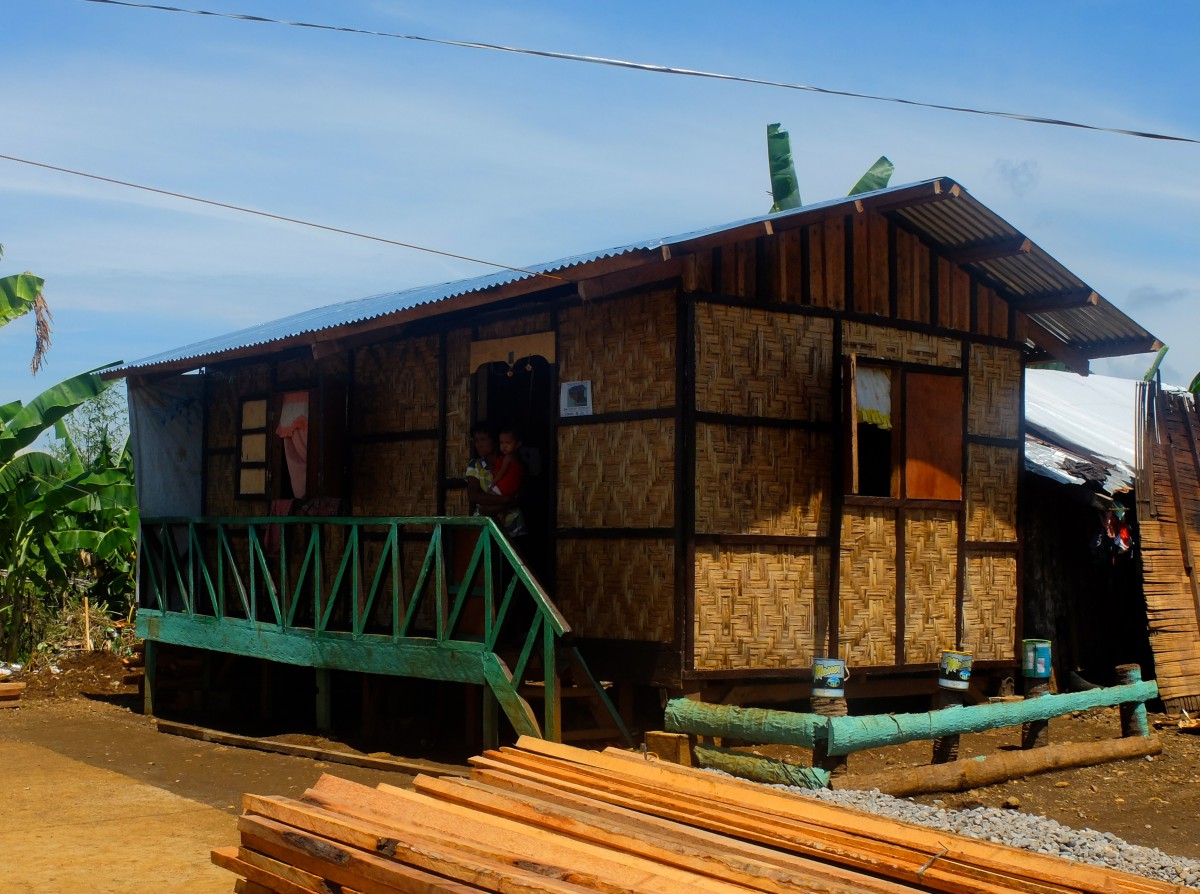 Once the communities to help were identified, comprehensive consultations were conducted to determine which households had the greatest needs and to gain the consensus of the entire community in deciding who would be selected for a new house. Those who qualified participated in the construction of their new homes, and often provided some of the materials used.

The houses are made of traditional woven bamboo, respecting local customs, but as Julius Oliveros, who is the CRS Head of Office for Eastern Samar, explains, the construction of the houses incorporates disaster risk reduction techniques to make the houses sturdier and more resistant to future disasters.

“We are not making use of ordinary roofing, but are using tie-wire. Because if we are just making use of a ribbon, when there is a strong wind and it blows up parts, all of the roofing will be blown away,” he explains.

Mr. Barsana, who is currently living with his son’s family, anxiously awaits his new house. One year after the typhoon, he will finally enjoy a good night’s sleep, one where there is no rain seeping through the roof, and where he does not have to worry about his walls falling down.