The church in the parish of St. Joseph Torbeck sits without a roof, completely exposed to the sky above. Inside, it is a hollow shell, all the benches removed to dry in the sun and remnants of the walls piled on the wet floor. This church was going to celebrate it 300th anniversary next year - that is until Hurricane Matthew came through. The hurricane has left nearly every church in the southwest of Haiti roofless and in shambles. 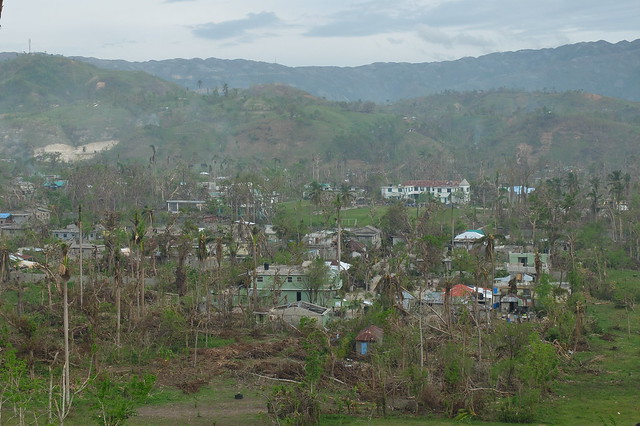 Even in this sad state, the St. Joseph Torbeck parish still managed to organize a distribution of food and hygiene kits with support from Development and Peace-Caritas Canada and other members of the Caritas network. It was the first distribution to take place in this coastal community in the diocese of Les Cayes, one of the areas hardest hit by the hurricane.

With little government presence, people are frustrated by the lack of aid that has arrived and the Caritas distributions are welcome relief.

‘’This will provide food for my children,’’ says Eveline Jolivert, a mother of three. ‘’This is the first food that we’ve received.’’ Her food kit includes cooking oil, rice, pasta and peas, while her hygiene kit contains soap, toothpaste, sanitary napkins and toilet paper.

When Hurricane Matthew hit, she recounts that the sea rose by 2-3 feet and came gushing through the streets. Sheets of tin stripped from roofs came barrelling through the sky, as she and her family struggled against the wind and rain to make it to the local school to take shelter. She says that, although they were advised about the hurricane and were able to evacuate in time, it was too late to pack anything. She has virtually lost everything and is now living with neighbours, since her house lost its roof and suffered extensive damage. Out of 350 families in the parish, 270 are now living without a roof over their heads. And this is but one of 56 parishes in the diocese.

The parish distributed 250 kits that it received from Caritas Les Cayes, a diocesan chapter of Caritas Haiti. Father Mathieu, director of Caritas Les Cayes, explains that the needs are overwhelming. ‘’It’s catastrophic. People need roofs over their heads. There is lots of work to do to clean the fields. Planting needs to start. We don’t even know where to begin. These are problems that can’t be solved in one year. They can’t even be solved in two years. It takes a long-term response.’’

Development and Peace has supported the distribution of food and hygiene kits to 13,500 people through Caritas Haiti as part of a rapid response. It has also made available emergency funds to its partners to respond to urgent needs in their communities. It is now developing a long-term response that it hopes Canadians will support. 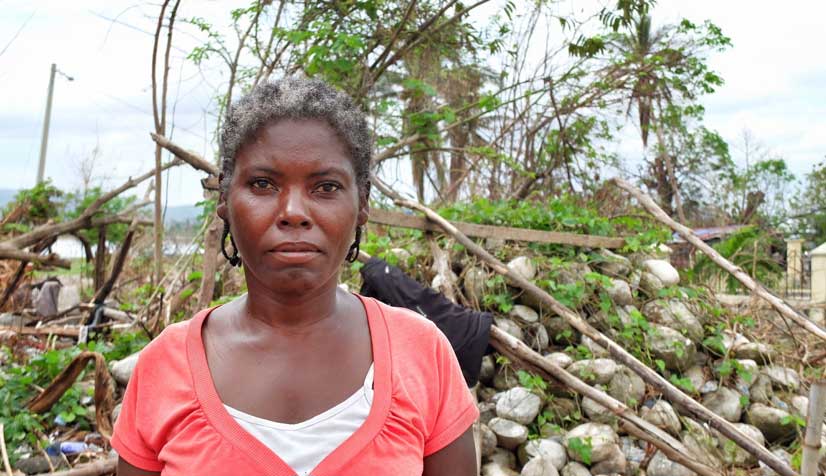 It can make a difference in the lives of many.

Development and Peace has launched an appeal to raise funds for the poorest and most vulnerable impacted by this devastating natural disaster. An estimated 1.4 million people require aid, of which 40% are children. Despite the extent of the damage, the response of the international community has been relatively weak, all the while people are trying to scrape together their next meal and collect debris to put together ramshackle roofs.