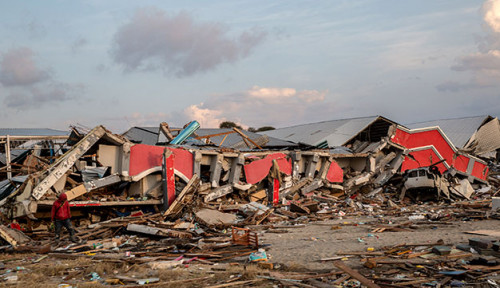 On September 28th, the northern area of the island of Sulawesi in Indonesia was struck by a 7.5 magnitude earthquake, which caused a subsequent tsunami. The coastal city of Palu was badly hit, particularly since the earthquake fractured roads and plots of land, allowing for sea water from the tsunami to seep into the soil, which caused the ground to sink, and the narrow shape of the shoreline amplified the height of the waves.

The remoteness of the region, the level of destruction of roads, airports and harbours and the scarcity of fuel has made it difficult for aid teams to reach affected communities or to assess the extent of the damage.

As roads are being cleared and areas are becoming accessible, the true impact of this disaster is being revealed. The death toll has now reached over 2,000 people and approximately 5,000 people remain missing. An estimated 75,000 people have been displaced and over 200,000 in need of urgent aid. It is expected that some of those left homeless will seek refuge in other parts of the island, including the main city of Makassar, which could place a strain on local resources.

Development and Peace is continuing to closely monitor this crisis which could take on unexpected proportions as more of the destruction becomes known.

At the moment, those affected by this devastating disaster are most in need of materials for building shelters, clean water and food, especially for children under 5.

The clearing of debris is a priority so that people can access aid. In addition, the heat and the destruction of public utilities is increasing the risk of the spread of diseases, making medical aid a high priority.

All shops are closed or have been looted, markets are not functional, and only a few banks have recently reopened. The power grid is still unreliable, and communications networks remain limited. People have little to no access to information on how to remain safe or where to receive aid. 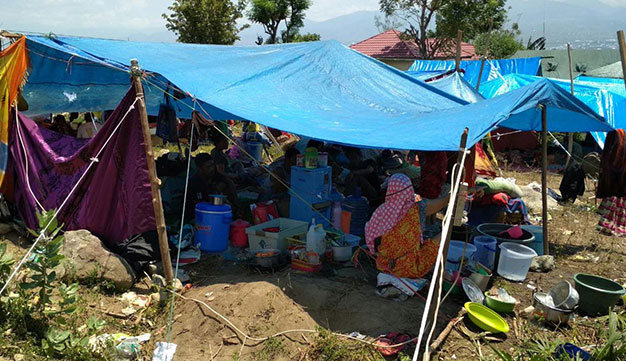 How your donation can make a difference

Caritas Indonesia and other members of the Caritas network are already responding to this disaster by using local resources. They are distributing rice, drinking water, blankets, hygiene kits, water buckets, tarpaulins, mats, sarongs and canned sardines. Development and Peace will support them in these initiatives as needs become clearer.

Development and Peace, which has a community development program in Indonesia, has partners located in Palu, who have also been impacted by this disaster. AJI, which is the Alliance of Independent Journalists of Indonesia, and Yayasan Tanah Merdeka (Indonesia Free Land Foundation), which supports Indigenous and peasant communities in defending their rights in the region, have been affected by the disaster. Development and Peace plans to support them in re-establishing their activities and ensuring that the communities they work with are safe and are not further marginalized by this disaster.

Relying on its expertise from working in Indonesia after the 2004 Indian Ocean Tsunami, Development and Peace will support local organizations in ensuring that the rights of communities are respected in the reconstruction process and they are better prepared for future disasters.

With your generosity we can make a real difference in the lives of survivors. 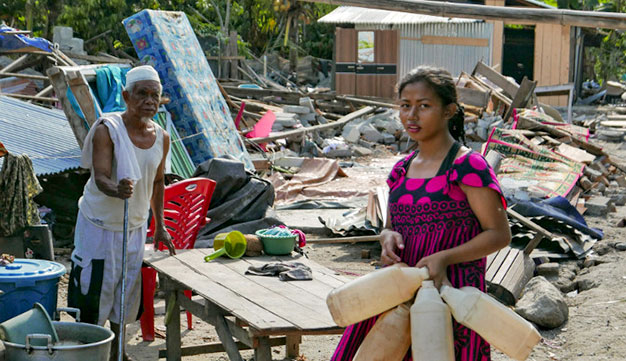