"Meltdown of humanity" in Aleppo must stop 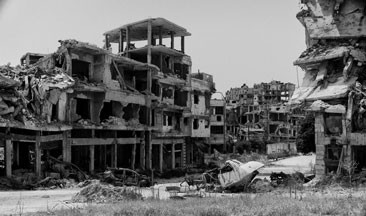 In the last few days, Syrian government forces and its allies, Russia and Iran, have conducted a brutal assault on east Aleppo to reclaim this rebel-held part of the city. The fate of the tens of thousands of civilians who have remained in the shrinking rebel enclaves raise grave concern. Some have taken to filming goodbye messages to post on social media since they do not know if they will survive the aerial bombardments, shelling, and summary executions that are being reported.

Of particular concern are the 150 civilians that have sought refuge in a vocational training facility in Eastern Aleppo that is supported by Development and Peace – Caritas Canada. The centre is located in the last pocket area that has yet to be taken over by government forces, but it is unclear how long those taking shelter there will remain out of harm’s way.

The United Nations has described the situation as a “meltdown of humanity.” An evacuation agreement, which would have allowed civilians and rebels to leave Aleppo without reprisal was reached yesterday, but fell apart last night when attacks resumed.

Development and Peace is deeply concerned by reports of atrocities being committed against civilians by both sides. Our partners in Syria and Turkey are reporting that civilians, including women and children, are being targeted by government-backed forces and their allies, and are being held hostage by rebels.

It is time for the international community to end these hostilities, to ensure safe passage for evacuees and to allow desperately-needed humanitarian and medical aid to reach the residents of east Aleppo.

For the last five years, the war in Syria has deteriorated further and further away from respecting humanitarian law and the Geneva Convention, yet the international community remained deadlocked. It has been unable to negotiate a sustained ceasefire or to find a diplomatic solution for peace, which has led to the inhumane and brutal massacre that is unfolding in front of the world’s eyes today.

We all have a responsibility to act in the face of a horror that the international community had once promised “never again.” We must voice our outrage and call on our leaders to do everything in their power to:

Earlier this year, Pope Francis helped launch a global campaign for peace in Syria that Development and Peace is part of, and condemned world leaders for the suffering they were inflicting on the innocent:

“It is unacceptable that so many defenseless persons – among them many small children – must pay the price for conflict - for the closure of the hearts and the want of a will for peace among the powerful.”

We must stand in solidarity with the people of Syria and our partners, whose courage to continue working to alleviate the suffering of the population defies concern for their own safety and wellbeing. Their determination and compassion must inspire us all to take action.

The Canadian government has denounced the atrocities currently taking place in Aleppo. On December 9th, Canada led a resolution at the United Nations General Assembly, backed by 122 countries, that demands an end to all unlawful attacks in Aleppo and elsewhere in Syria, and immediate and unhindered humanitarian access so that life-saving aid can reach all those in need, sending a very strong and unified message to stop the violence. 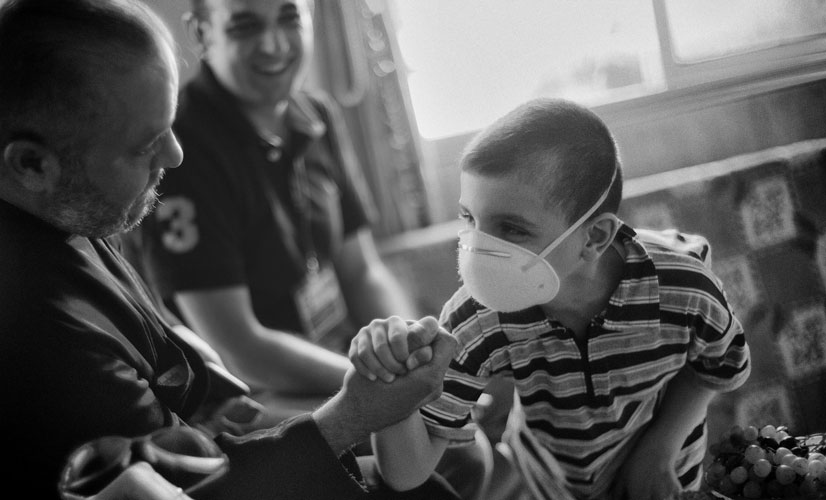 Humanitarian needs are very high and the UN is still being denied access to the most devastated areas inside Syria. Our partners are present and working tirelessly to fill the gap.

You can encourage the Canadian government to continue to do its part by signing our petition, which calls on Canada to:

We also ask that you pray for the safety of all those trapped in Aleppo and for our world leaders to take action for peace.