On Monday, January 21, violence broke out in Malen, in the Pujehun district of southern Sierra Leone, an area affected by a large-scale land investment initiative the local population has been disputing for several years. Two people were killed and dozens more jailed in the wake of these events.

In Sierra Leone, the agro-industry is taking over the land of small family farmers whose agricultural production prioritizes local biodiversity and is key to maintaining the food sovereignty and living conditions of communities.

In 2011, the Sierra Leone Agricultural Company (SOCFIN) took control of 6,500 hectares of agricultural land to establish oil palm and rubber plantations in the Malen chiefdom and has since sought to take over other lands. The Network Movement for Justice and Development (NMJD), a Development - Caritas Canada partner in Sierra Leone, has been working since 2012 with other local civil society organizations on the SOCFIN investment file to support women and family farmers who lost their land practically overnight. Many efforts have been made to resolve the crisis, and following the last general elections, which saw the establishment of a new government, the population was once again hopeful that a solution would be found to their struggle, which has lasted for more than seven years.

On January 22nd and 23rd, representatives of NMJD, the Sierra Leone Network on the Right to Food (SiLNoRF), the Human Rights Defenders Network, Amnesty International, Green Scenery, the Bo District Human Rights Committee, Protect Sierra Leone, and Partnership in Conflict Transformation (PICOT), met with leaders in Malen. This press release was issued following the visit and further actions will be taken by civil society once the findings of a fact-finding mission have been submitted.

Freetown, Wednesday 23/01/19 - Civil Society (CSOs) working on land governance and human rights in Sierra Leone and internally are concerned over the excessive use of force by state security since Monday 21st, January, 2019 in Malen chiefdom, Pujehun district during which two people; Mohamed Ansumana and Mustapha were allegedly killed by gun shots. The ensuing melee reported has seen scores of Malen citizens fleeing their homes. Information received from fleeing villagers indicates that some people are suspectedly dead in the bushes from gunshots. About eighty persons including women and children fleeing their villages were sighted in Kassey village among which are: Hawa, Aminata, Isata, Kona and Katimu. Many people are believed to have sustained injuries from the actions of the security forces. The besieged villages of the Malen chiefdom are now under a 6pm to 6am curfew since January 21, 2019 likely restricting the freedoms of the citizens.

These grave events occur as communities affected by the land conflict in Malen saw a possible solution following the election promises made by the new President Maada Bio to resolve the conflict and the Government's dialogue efforts in recent months. Indeed, as soon as SOCFIN arrived in the chiefdom in 2011 and following the land agreement on more than two-thirds of the land (18,473 ha) that will be converted by the company into a palm oil monoculture, affecting 52 villages, the communities have constantly denounced the human rights violations and abuses suffered: lack of consultation with landowners prior to the land deal, lack of transparency, corruption, extremely poor working conditions on the SOCFIN plantation, impact on the right to adequate food, the destruction of the livelihood and environmental negative impact.

These last few months have renewed the communities' hope of finding a solution but also the tensions, especially regarding working conditions that are not improving and that do not allow the affected families to provide for their needs with dignity. This is why the workers went on strike several times, in July and October 2018. It was following the last strike initiated last Friday, January 18th, that tensions escalated to the level mentioned.

Reports reaching CSOs indicate that two SOCFIN workers (names on files) were seeing in company of security forces allegedly raiding homes of innocent citizens. For instance, they raided Banaleh village at an unspecified time at night allegedly beating and manhandling citizens indiscriminately. A woman (name on file) reportedly lost ten ‘batas’ of palm oil. Many fled their homes to nearby villages for respite.

At 7pm of January 21, 2019 security forces reportedly raided Gbombu village again where homes were invaded and unspecified number of people beaten and manhandled while Sorh Kudor, Abu D9 and a Momoh were arrested and taken to Sahn Malen. The scale of state security brutality can be aptly described as unprecedented in the chiefdom since beginning of the land conflict, following the arrival of SOCFIN Agricultural Company (SAC) spanning from lower Malen to Bendu and Nganyahun –Malen in Upper Malen. Eyewitnesses identified SOCFIN security vehicle number 19 conveying state security personnel during the raids. 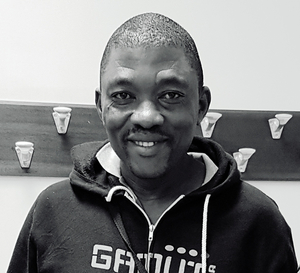 15 people have been arrested and are at the Criminal Investigation Department in Freetown including Honorable Shiaka Musa Sama, member of Parliament from the affected area. (©GRAIN)

It is reported that the Residents Minister South who visited Malen on Sunday requested that SOCFIN workers should suspend their strike actions and return to work. The Minister further instructed that the secret society leaders disbanded the traditional men’s society, which was in progress, giving them a 24-hour ultimatum. On Monday 21, January 2019; state security personnel were deployed in the Chiefdom. CSOs view with concern the action of state security as high handed and smacks of unprofessionalism leading to the escalation of tensions and consequent human rights violations, while all voices are calling for a peaceful resolution of the conflict.

Fifteen people have been arrested and are at the Criminal Investigation Department (CID) Freetown notable among them is Honorable Shiaka Musa Sama, the independent candidate who won the Parliamentary elections in 2018 in constituency 104. According to a WhatsApp message received from the Honorable states “a lot of false reports have been manufactured against me.” “The IG [Inspector General] told me this afternoon [22/1/2019] that a security meeting was held where the President lifted my Parliamentary immunity... for an in depth investigation into my activities.... I will remain strong despite the serious allegations against me. I have always advocated for mediation and dialogue, and have never incited my people to use violent means to resolve conflicts. I am innocent”

CSOs call on government to undertake an independent investigation into this reported excessive use of force by security forces and release Hon. Sama unless there is impeccable evidence to substantiate charges against him. We further call on the government to provide ample protection for human rights defenders working on this case as a team continues to investigate this matter.

Civil Society have since 2018 engaged the Vice President’s Office with suggestions including an independent investigation into the Malen land issues for which recommendations could serve as basis of dialogue for mutual benefits. CSOs still continue to urge the government to consider this approach for a peaceful resolution of the long-standing social and land conflict, which has caused numerous human rights violations and abuses over the past 7 years for the 35,000 people affected.

Very close to the finalizing this press statement we received confirmed report that Hannah Deen, a woman land rights activist also women’s leader in Malen Affected Land Owners and Users Association (MALOA) has been arrested and at the Pujehun Police Station.

Download:
Report of the fact finding mission on the Human Rights situation in Malen Chiefdom – January 2019

- Center for Democracy and Human Rights

- Network Movement For Justice and Development