International Development Week: Canadians’ solidarity with the people of Syria 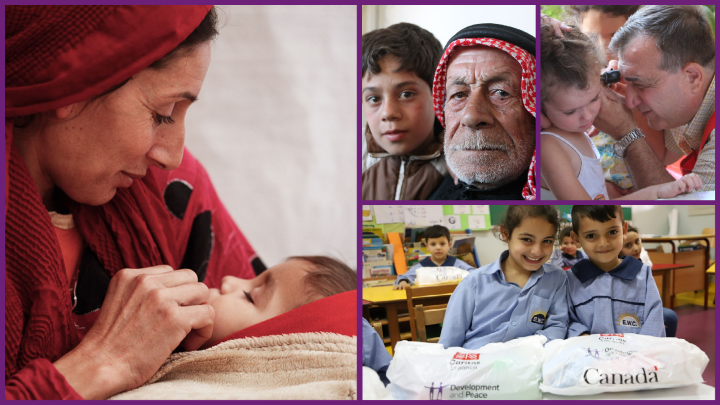 Observed from February 7 to 13 this year, International Development Week offers people “an opportunity to pause and to acknowledge Canadian contributions to poverty reduction and international humanitarian assistance in the developing world.” Little exemplifies these as well as the contributions of Canada and Canadians to Development and Peace — Caritas Canada’s response to the crisis in Syria.

We thank you for your compassion and generosity, which have enabled us to help over 1.3 million people survive the ravages of war, hunger, poverty and displacement.

A decade of devastation

Since it began on March 15, 2011, the Syrian conflict has claimed an estimated 400,000 lives and extracted a terrible socioeconomic toll. Recent data from various United Nations agencies indicate that:

Development and Peace and the Canadian Conference of Catholic Bishops galvanized a strong Canadian response to the Syrian crisis early on.

Over the past decade, Development and Peace has invested $71,083,508 in its Syria program. Canadian solidarity is reflected in Global Affairs Canada’s contribution of nearly $63 million to this total. Thousands of individual Canadians also donated to help us respond to the crisis and over $1.1 million was contributed by the Canadian Foodgrains Bank.

This extraordinary generosity has allowed our partners to not only meet people’s basic, shorter-term needs like food, shelter and healthcare, but also to address their longer-term livelihood, education, psychosocial support needs and put in place initiatives to build peace.

Our 24 Syria program partners, including members of the Caritas Internationalis network, other international Christian charities and trusted local organizations, have touched the lives of 1,326,649 people in refugee and host communities in Syria, Turkey, Lebanon, Jordan and Iraq.

Our program at a glance 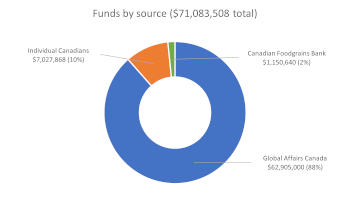 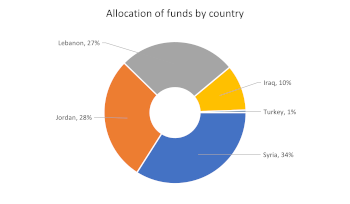 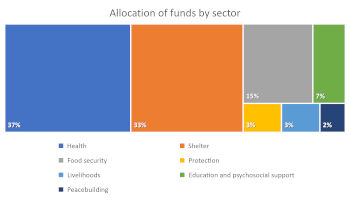 Syrians have suffered for nearly a decade and, unfortunately, their struggles are far from over. Fighting continues in various parts of the country and recovery efforts are needed to rebuild communities and help refugees begin new lives.

This International Development Week, Development and Peace reaffirms its commitment to supporting Syrians over the long term. With the help of Canadians like you, we can continue making a difference.

so that our partners can continue serving people affected by the Syrian conflict.