High tension at the elections

The Commission électorale nationale indépendante (Independent National Electoral Commission), or CENI, was charged with preparing and overseeing the elections. Set up quite late in the process, in May 2010, the Commission is composed of four presidential majority members and three opposition party representatives. Despite repeated requests, civil society was denied representation within the CENI, which, from the very start, raised serious doubts about the organization’s independence.

Unlike the 2006 elections, educational tools were obviously lacking to prepare the population for the upcoming vote. Neither the CENI nor international donors provided sufficient resources for civic and electoral education work, despite a clear need in a country that had voted only once since 1960! 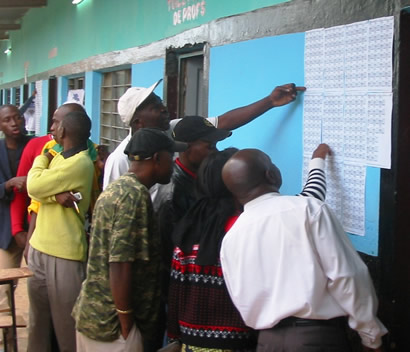 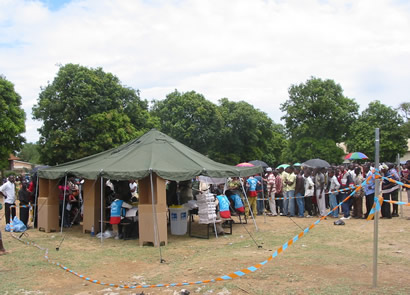 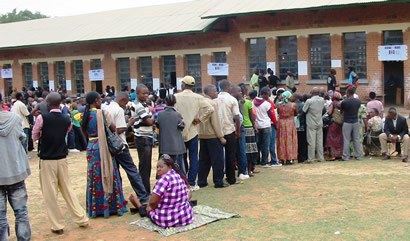 Upon our arrival in Lubumbashi, we were struck by the extent of the outdoor advertising, as well as the evident inequality of means. On display: immense panels with high-quality graphics for some; tiny, barely legible signs for others.

The extent of the logistical challenges encountered varied throughout the Katanga province. In some localities, the process went smoothly, despite mix-ups in the voters’ lists. Everywhere, the turnout was impressive and crowds remained patient, with electors intent on exercising their voting right. An important number of witnesses and observers were on hand to survey the voting process and record the results compiled by each polling station and inscribed in its minutes. 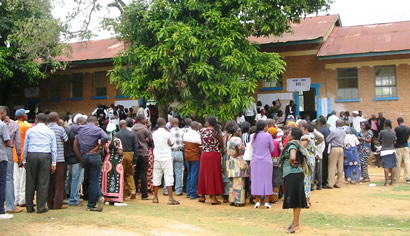 The entire population now awaits the CENI’s announcement of the results. Already, there is talk of tension and possible violence when the final tally is made public. To calm the situation, Development and Peace partners, civil society organizations and the Catholic Church have asked for la vérité des votes (truth in the votes). In other words, they are asking the CENI to publicly disclose each polling station’s results, thus enabling citizens to compare them to the results posted in their neighbourhood.