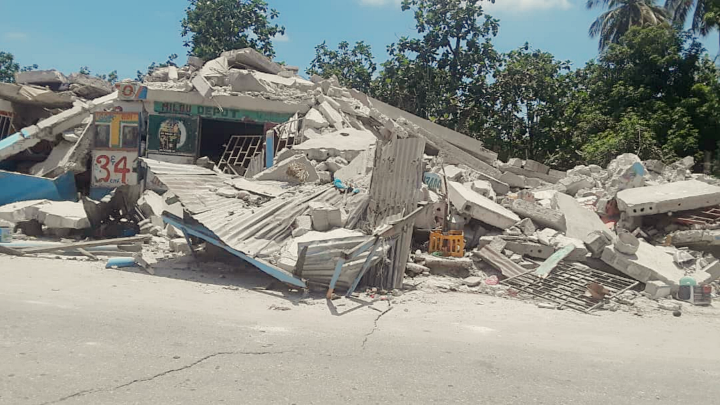 Many businesses, municipal buildings, schools and homes have collapsed.

At 8:29 a.m. on Saturday, August 14, 2021, a powerful magnitude 7.2 earthquake struck Haiti’s Tiburon Peninsula, about 150 kilometres west of the capital, Port-au-Prince. Much of the damage occurred in the towns of Jérémie and Les Cayes. The force of the earthquake was felt across most of the country, particularly in the West Department.

The disaster has severely affected Haiti’s southern region, including the Departments of Grande-Anse and Nippes. The latter has been hit particularly hard because the quake’s epicentre was in the town of Petit-Trou-de-Nippes, in the Anse-à-Veau District.

The damage has been enormous. By the evening of August 15, Haiti’s national Civil Protection Agency had reported 1,300 dead, more than 5,700 injured, 13,600 houses destroyed and more than 30,250 families needing shelter. By that time, some 800,000 citizens were directly affected and the people were also preparing for the arrival of a tropical depression (named Grace), which is expected to bring torrential rains and, potentially, landslides and flooding to the areas.

Many businesses, municipal buildings, schools and homes have collapsed and many water sources are contaminated. In the Diocese of Les Cayes, the Catholic Church, an important source of succour in trying times, is reporting severe damage to many of its structures.

In Port-à-Piment, the road to Labei is cut off from the rest of the South Department. Elsewhere in the country, roads are damaged or blocked by landslides. Deep fissures have opened up in places, causing local flooding in many rural areas.

The disaster is bringing back traumatic memories of the earthquake of 2010. Fearing aftershocks, many people are preferring to sleep outdoors. 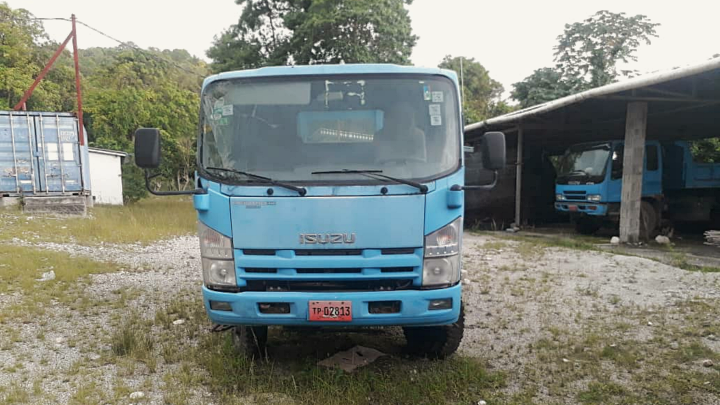 Development and Peace’s partner, ITECA has sent relief trucks and assessment teams to the affected regions.

Development and Peace — Caritas Canada’s partners, the Institut de Technologie et d’Animation (ITECA) and Caritas Haiti have sprung into action. In three stricken departments, Caritas Haiti is participating in various coordination activities under Haiti’s national risk management plan, which has been activated to help the population. ITECA has sent relief trucks and assessment teams to the affected regions.

These are the same regions whose recovery you generously supported after Hurricane Matthew in 2016. Your donations had allowed ITECA to build 25 earthquake-resistant homes in the commune of Cavaillon. Now, ITECA reports that 13 out of 14 of these houses that it inspected have withstood the earthquake. The remaining houses will be surveyed presently.

Today, our partners once again need your support to intensify their relief efforts and to develop such durable long-term recovery solutions.