Haiti: 10 years after the earthquake

On January 12th, 2010, Haiti was truck by a deadly earthquake that caused grave losses. Hundreds of thousands of people lost their lives, and as many were injured. Houses were destroyed, schools decimated, and hospitals rendered unusable. Haiti was devastated and the losses surpassed the country’s GDP. 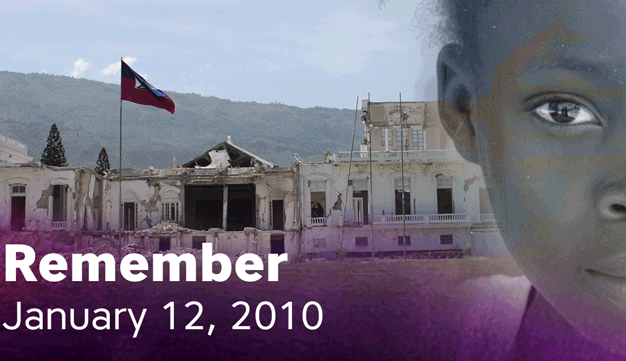 Even as Haiti recovered from the earthquake, it was further weakened by political instability and the impacts of climate change.
The country is considered one of the  most vulnerable to natural disasters and has confronted three major hurricanes (Sandy, Matthew and Irma), a cholera epidemic, as well as terrible episodes of drought and flooding.
In addition, corruption and government inefficiency have paralyzed the country, which makes it particularly difficult for isolated communities to have access to services.

The support of Development and Peace – Caritas Canada

We have been working amongst the most vulnerable communities in Haiti since 1972.
Thanks to our partnerships in the country, we were able to quickly to the earthquake and extend the scope of our activities to support those most affected. At the end of our reconstruction program in 2015, we consolidated our efforts to ensure a continuity and  build on the gains made, while also taking into account the new challenges facing the populations.
Our vision is that all Haitians can live in dignity.

To learn more about our work, read our report: Haiti, 10 years after the earthquake 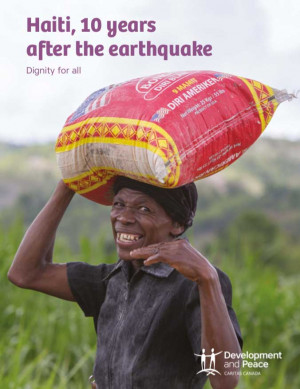