The Ebola virus: a cataclysm for healthcare systems 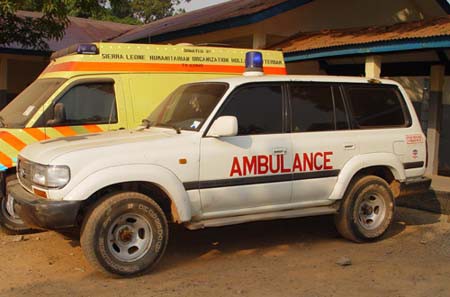 The Ebola virus, which has been officially declared an international public health emergency by the World Health Organization, is undermining weak healthcare systems in the three countries currently facing outbreaks, namely Guinea, Sierra Leone and Liberia. These countries, which are three of the world's poorest were already facing other major health crises, including maternal and infant mortality and malaria.

Ebola has never affected West Africa before and the public’s understanding of the disease remains low. This situation is not conducive to controlling the spread of the disease. The current epidemic is the most important since 1976, the year the virus was discovered in Democratic Republic of Congo.

The health systems of the countries concerned are struggling due to their few resources, including a lack protective equipment (masks, gloves, isolation outfits, boots, etc.), lack of training of healthcare workers with regards to the medical management (sterilization) and logistics (isolation) of the epidemic; lack of analytical laboratories, etc. All of these elements endanger frontline workers, who run the greatest risk of contamination. Infected or deceased health professionals represent a huge setback for crisis response and for long-term strengthening of the healthcare system.

One of the main challenges of the crisis remains the shortage of health personnel, who, out of fear, do not report or refuse to go to work. The recruitment of local and international medical staff is increasingly difficult. Anyone who works in the fight against the virus is stigmatized. Managing the virus also has psychological and traumatic impacts on the general population.

Faced with this situation, governments, the United Nations and NGOs are faced with an extremely limited capacity to receive patients, having to send them back home, despite all the risks involved in terms of the infection chain. Health centres, which are supposed to ensure control over the virus, have in some cases also become victims of the virus and have had to close.

Sadly, all these factors undermine the already shaky confidence citizens have in the healthcare system and its capacity to treat them. In addition, prevention messages are more difficult to get across. Another adverse side effect is that patients with other diseases such as malaria, typhoid or cholera, which have similar symptoms to Ebola, are afraid to go to health centres, placing their health at further risk. The management of women giving birth creates challenges and issues for the women themselves, their infants and healthcare workers. Given the infectious nature of Ebola, the use of traditional medicine is another means through which the disease is spreading.

The unfortunate combination of poverty, lack of education, lack of trust in governments, fear of facing an unknown disease, and the dysfunction of health systems explain the current situation in West Africa. It also demonstrates that only socially and economically stable states with educated populations are able to resist and manage such health threats. Beyond the difficult management of Ebola, education is the next challenge to be met.

Development and Peace supports Caritas Sierra Leone as a way to help control and prevent the spread of the disease.

Development: the other victim of the Ebola virus
Read more