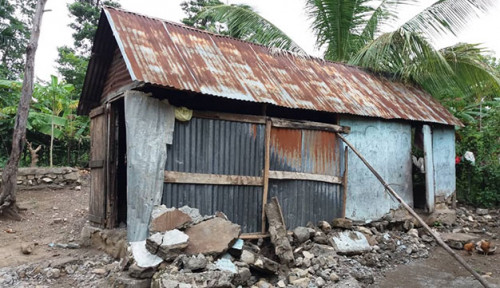 The 5.9-magnitude earthquake that struck northwestern Haiti on Saturday, October 6th, resulted in 17 fatalities, 350 people injured, and many buildings destroyed, including schools. The areas of Port-de-Paix, Gros-Morne, and Saint-Louis-du-Nord were particularly affected.

“Hundreds of people whose homes were partially damaged or destroyed are currently sleeping in the streets, often in the rain.  In such a situation, women and girls, already vulnerable to sexual assault, are even more exposed. Although most of the attention is being given to affected urban centres, the earthquake also caused extensive damage in the hilly rural areas outside of the main towns,” explains Mary Durran, Programs Officer for Haiti at Development and Peace – Caritas Canada.

A number of Development and Peace partner organizations, including ITECA (the Institute of technology and training) and TÉT KOLÉ (Heads Together), have been on the ground since the beginning of the crisis to work in solidarity with disaster victims, especially the peasantry. Development and Peace has been very active over the last few years in the community of Gros Morne, working with cooperatives of mango producers, who have been hard hit. In the Port-de-Paix region, we are supporting groups of small family farmers organized by Tet Kole with raising goats.

Thanks to discussions with grassroots and community organizations, solidarity credit unions, cooperatives and other groups, we will implement over the next few months, a two-pronged response by:

Priority will be given to female heads of households with children.

The 2010 shock is still being felt

The earthquake and the strong aftershocks that followed were felt all the way to Port-au-Prince, the country's capital, greatly upsetting its residents, as it reminded them of the historic 7.0-magnitude earthquake of January 12, 2010, which caused the death of more than 200,000 people, injured more than 300,000 s, and devastated the city and its surroundings.

The 400 houses built according to anti-seismic standards by Development and Peace and its partner ITECA in the town of Gressier after the 2010 earthquake, are still standing and suffered no damage thanks to the high-quality construction techniques and materials used. 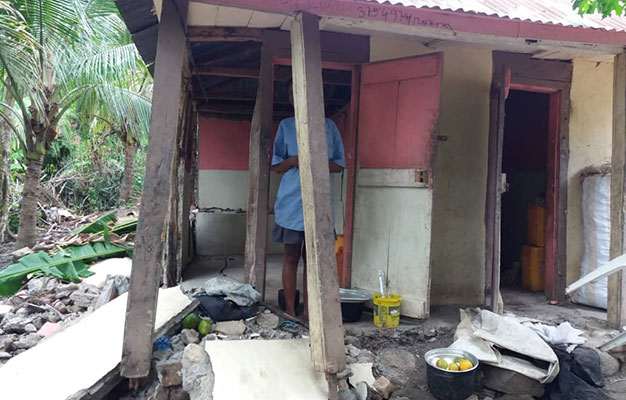 GIVE NOW!
Development and Peace – Caritas Canada is accepting donations to support its efforts in Haiti.