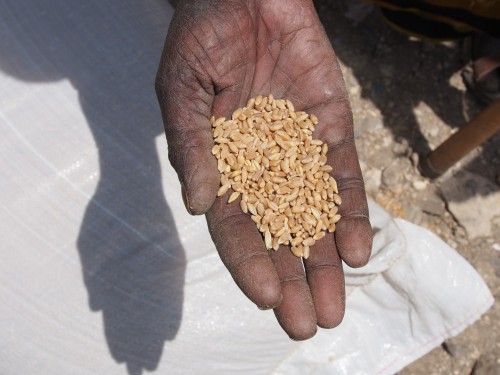 Today in Eastern Ethiopia the only subject of conversation is “blue gold,” which is becoming rarer every day. Like everybody else from the Horn of Africa, Ethiopians are entirely dependent on the rain. When it is plentiful, there are good harvests that remove, if only for a moment, the threat of drought, and therefore of hunger.

“There has been a bit of rain in the last couple of years, but not enough for us to have a normal life again. We’re waiting to see whether there will be heavy rains this year,” we’re told by Shaffah, a farmer who lives in the district of Tuluguled, located in the Somali region of eastern Ethiopia. Mainly farmers and breeders, the people of Tuluguled are victims of the very unpredictable climate conditions that have decimated their harvests and livestock over the past couple of years.

Shaffah, with his hair dyed orange in keeping with local tradition, has a great deal to say about the drought that has afflicted his region, and he tells me about the problems that the members of his community have been facing for a number of years. “Drought affects us on three different levels: our people, our livestock and our production. It just doesn’t rain! The seeds we sow don’t grow, and there’s not enough pasture land for our livestock. To tell you the truth, when it doesn’t rain, we have nothing to eat. A lot of families have left the village to settle in the city in the hope of finding work.” Even today, two years after the drought, thousands of families are struggling on a daily basis to provide for themselves and diversify their means of subsistence.

Seated on a 50-kilo sack of drought-resistant wheat seeds that he received that very morning from the Harar Secretariat of Caritas Ethiopia (HCS), a Development and Peace partner, Shaffah confides that the seeds and tools he just received will help him immensely to work his fields this year. “It’s the first time we’ve gotten so many sacks of seeds in our village, and it’s a good thing we’ve received them! Now we have everything we need, except the rain,” he adds with a smile. Development and Peace and HCS are working hand in hand to develop alternative agricultural systems designed to increase farmers’ production and help them guard against future droughts.

The 400 village farmers who received their sacks of seeds are very eager to see their effect. According to Shaffah, the ordeal has become almost unbearable after two years of drought. “I’ve never seen such a drought in 60 years! I lost my last two harvests. The latest distribution is very important for us, and I can say without a doubt that our hope for the next harvest lies in these very wheat seeds!” Shaffah concludes. 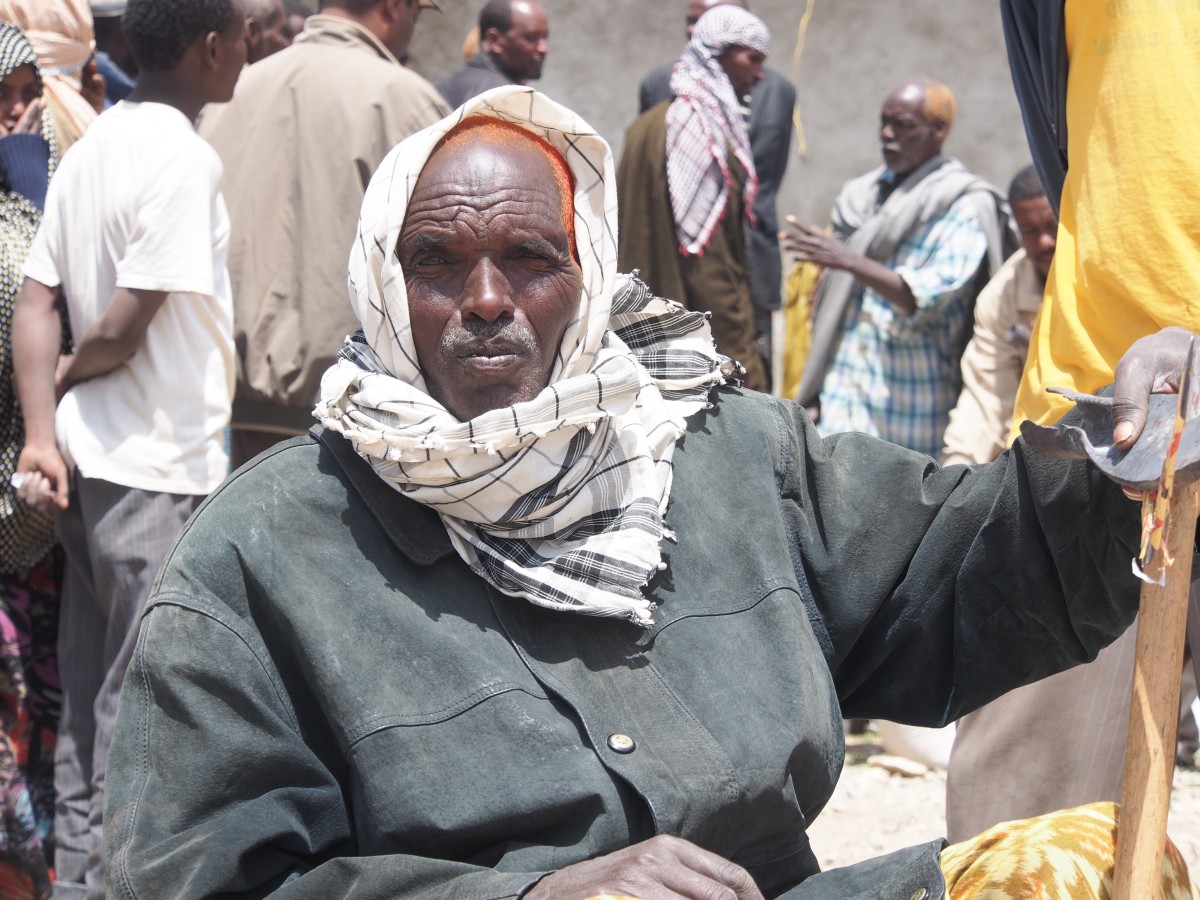 Shaffah is a 64-year-old farmer who has spent his entire life in Tuluguled, a district located in the Somali region. Seated on a 50-kilogram sack of drought-resistant wheat seeds, he states that “the seeds and tools that we’ve just received will help us immensely to work our fields this year. This is a first for our village, and a very good thing too.”