Development: the other victim of the Ebola virus 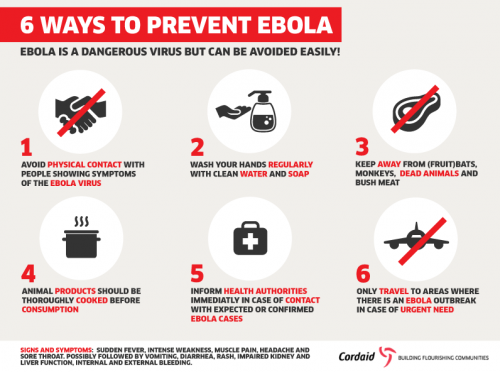 The worst Ebola epidemic in history poses a real health challenge in three of the poorest countries in the world. In Liberia and in Sierra Leone, both of which recently emerged from civil wars, the epidemic also represents another serious obstacle to development because of its psychological, social and economic consequences.

By undermining already fragile health systems, the virus has made medical monitoring of women and children more complicated. It has also led to the cessation of vaccination campaigns and to school closures. The epidemic continues to wreak havoc in certain villages and to decimate entire families; there are a great many “Ebola orphans.” Women, the traditional caregivers, represent a substantial proportion of victims of the disease. Traumatized populations are experiencing serious mental health problems.

Beyond the direct risks to future generations, there are also indirect consequences for the economy, agriculture and food security. The loss of labourers (who have either died or fled), recommendations to avoid collective gatherings, and the putting on hold of hunting and the commercialization of bushmeat (a cause of virus transmission) are all factors illustrating the implications of the ongoing health crisis for agricultural production and trade.

The quarantine of populations, the refusal of goods from certain localities, and a prevailing fear of the virus are causing paralysis of overland trade flows and are impacting local trade. Flight restrictions are having a direct impact on regional trade and are slowing the arrival of aid from the outside world. All this is leading to an increase in the price of food and basic necessities and to rising inflation in countries with fragile economies. The International Monetary Fund has announced that the epidemic could cause a 3.5% decline in economic growth due to the effects on the mining, agricultural and services sectors.

The explosive health, social and economic situation and the crisis of confidence in the state also explain increasing tensions between government and the people. The emergence of the Ebola virus represents a real problem and a major new challenge to overcome in a region which was gradually recovering from a history marked by violence and destruction.

Development and Peace is supporting Caritas Sierra Leone in order to help control and prevent the spread of this disease.