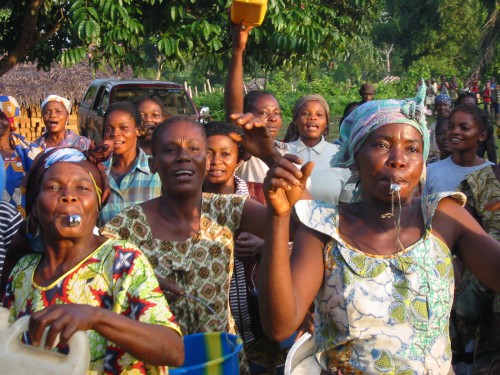 Last December, the Pontifical Academy of Sciences held a workshop at the Vatican entitled “The Emergency of the Socially Excluded,” that brought together representatives of social movements from Argentina and Brazil, economists, politicians, theologians, and philosopher as part of an initiative of Pope Francis to start studying issues around the excluded and the marginalized, with the focus on listening to the people themselves. Several of Development and Peace’s partner and affiliated organizations participated in the symposium, including Joao Pedro Stedile, National Coordinator of the Movement of Landless Rural Workers (MST) of Brazil.

The process of consulting with those who work directly with and for the poor, will continue at a second meeting at the Vatican to be help from October 27-29th, where once again some of Development and Peace’s partners have been invited to the table. The meeting will be a dialogue between the Pontifical Council for Justice and Peace and 100 representatives of popular movements from various continents. Also invited are 30 bishops from around the world and 20 bishops from the Roman Curia.

According to the invitation, “The aims of the meeting include sharing Pope Francis' thought on social matters, debating the causes of growing social inequality and the increase in exclusion throughout the world, reflecting on the organisational experiences of popular movements and the resolution of problems regarding land, housing and work, evaluating the role of movements in the processes of peace-building and care for the environment, especially in regions affected by conflicts and disputes over natural resources, discussing the relationship between popular movements and the Church, and how to go ahead in the creation of joint and permanent collaboration”.

The See-Judge-Act method will be used to reflect on the issues at hand and ensure that the excluded themselves be the protagonists of the economic and social, political and cultural changes needed for a more just world. These meetings follow in the vision laid out by Pope Francis in his Papal Exhortation Evangelii Gaudium (The Joy of the Gospel), where he states that the current economic system promotes inequality and exclusion and needs to be transformed:

“Just as the commandment ‘Thou shalt not kill’ sets a clear limit in order to safeguard the value of human life, today we also have to say ‘thou shalt not’ to an economy of exclusion and inequality. Such an economy kills. How can it be that it is not a news item when an elderly homeless person dies of exposure, but it is news when the stock market loses two points? This is a case of exclusion. Can we continue to stand by when food is thrown away while people are starving? This is a case of inequality. Today everything comes under the laws of competition and the survival of the fittest, where the powerful feed upon the powerless. As a consequence, masses of people find themselves excluded and marginalized: without work, without possibilities, without any means of escape.”

Many have welcomed the organization of these meetings as a positive step towards recognizing the need to give the poor and marginalized a greater voice within the Church.

“There is in this initiative something unprecedented: in the past when popes discussed world issues, they invited bankers, the wealthy, business people. Pope Francis, coherent with his option for the poor, wants to hear from those who represent them, provoking a significant change in the interlocutors of the Catholic Church.” noted Frei Betto, a well-known Dominican priest and writer from Brazil who has collaborated with several of Development and Peace’s partners in the country.