COP20: Development and Peace and its partners ask that the poorest be at the heart of discussions on climate change 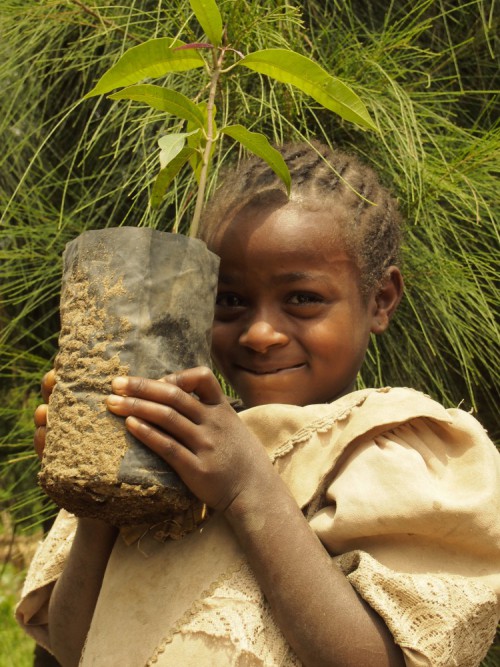 There is one thing that is certain and indisputable about climate change: it is the poorest people, those who are the least responsible for carbon emissions, who are suffering from the greatest impact. Another sad reality is that it is these very same people who have the least access to the resources needed to fight against climate change and its impact on their environment.

That is why, as part of the 20th Conference of the Parties (COP20) of the United Nations Framework Convention on Climate Change, held in Lima, Peru from December 1 to 12, Caritas and CIDSE are asking governments to make a firm commitment to put the poor at the centre of climate change policies. (Joint Caritas–CIDSE statement)

Development and Peace, the Canadian member of both Caritas Internationalis and of CIDSE, is joining the call by over 180 Catholic organizations working in emergency relief and international development, to demand a major change in the world's economic development model, including in the global production and consumption of food.

Together, we affirm that the role of women and men small farmers must be recognized and that the poorest and most vulnerable people must be protected and have a voice in decisions concerning climate.

The drastic reduction of carbon emissions and compliance with the 2°C threshold require a long-term commitment in order to stop the progression of climate change. In addition, we must help the world's poorest communities respond to the consequences of climate issues.

Northern countries must fully transform their energy sources in order to progressively phase out their economic dependence on fossil fuels and put an end to the harmful impact of the extractive and mining industries.

Development and Peace shares years of experience in analysis and action with its partners, both in Canada and in the Global South. The corporate accountability of mining companies and guaranteeing that the rights of local communities are fully respected is a core issue in the organization's social justice work. The promotion of ecological justice is equally a core issue.

CIDSE is organizing an afternoon of reflection on December 9, 2014, on the theme Energy for what and for whom? — Towards a new, sovereign and sustainable energy matrix developed by the people. LABOR, a Peruvian partner of Development and Peace, will present their experiences on the impact of mining activities on climate change and the environment. In addition, Development and Peace is supporting the participation of Ms. Karyn Keenan, from the Halifax Initiative, who will lead a dialogue with participants about the issues faced by local people concerning the activities of Canadian extractive companies and on related Canadian government policies.

On December 5, 2014, on the sidelines of official COP20 activities, the Episcopal Commission for Social Action (CEAS) of Peru—a partner of Development and Peace, Caritas Internationalis and CIDSE—is organizing a high-level meeting between representatives of the Catholic Church and several government delegations in Lima. The purpose of this meeting is to inform governments about the concerns and proposals of the Catholic Church on climate justice issues, with respect to global warming and its impact on poor and marginalized people, as well as the integrity of Creation.

In Lima, within the framework of COP20, the Church, Development and Peace and its partners will come together to put an end to inaction on climate change. Its growing impact on the lives of our most vulnerable sisters and brothers must be at the heart of policy makers’ discussions. Development and Peace hopes that the preferential option for the poor and integral human development will be at the heart of the new alternative systems.