Civilians caught in crossfire of renewed violence in South Sudan 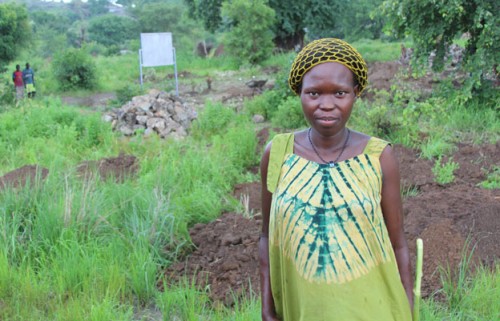 Violent clashes in Juba, the capital of South Sudan, have left 300 dead, and have displaced at least 35,000 people, who are taking refuge in UN camps and compounds, church grounds and the forest. Although a fragile ceasefire remains in place, it is feared that fighting could resume at any moment.

Development and Peace is in contact with its partners in the country and is planning to offer support for humanitarian aid efforts.

Bishop Eduardo Hiiboro Kussala, from the Catholic Diocese of Tombura-Yambio, was in Juba at the outbreak of the clashes on July 5th, and shared the following eyewitness account:
“On Saturday I went to the mortuary at Juba’s civil hospital, and wept to see the bodies of hundreds of government and opposition soldiers, which had been dumped in piles on the ground. My heart and my prayers go out to the families of those who died so violently and to those whose lives have been forever changed. Their suffering is ours.”

The South Sudan Council of Churches has pleaded for peace and for the current ceasefire that has been in place the last few days to be respected. It is calling on the political leadership to do all it can to build peace and reconciliation in the country.

South Sudan, which gained independence from Sudan in 2011, has been mired in violence over the last few years, as forces of the President and the Vice-President have clashed and targeted civilians. This latest outbreak of violence jeopardizes a peace agreement that was signed in August 2015 and lays out plans for greater power sharing between these opposing factions.

The ongoing violence and tensions in the country have caused tremendous suffering for the population, killing thousands, displacing over 2 million people and leaving 5 million with the threat of hunger. This constant insecurity has also impeded initiatives to build democracy, increase citizen participation and promote economic development for local communities in this young nation. 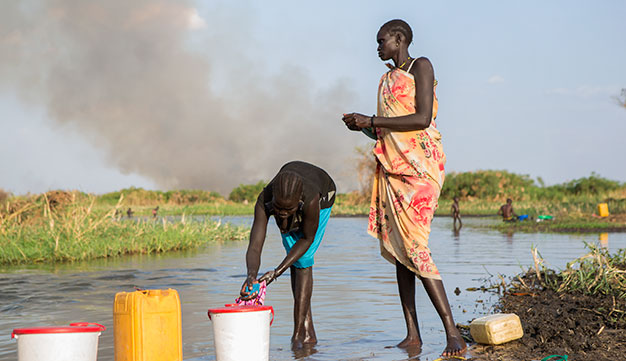 Please give now to support our relief efforts

Development and Peace encourages all to pray for peace in South Sudan and to contribute towards relief efforts.

Development and Peace has a long history of being in solidarity with the people of South Sudan, supporting the population in making a peaceful and just transition to independence in 2011. In June 2014, the organization launched an appeal for support to humanitarian aid efforts for the most vulnerable affected by conflict and hunger.

Humanitarian needs for food, water, health care, shelter, sanitation and hygiene services remain high. Development and Peace will continue to work with its partners in their courageous efforts to respond to the needs of those impacted by this violence.