Cambodia: Development and Peace is deeply concerned by the bloody repression of a workers' demonstration in Phnom Penh 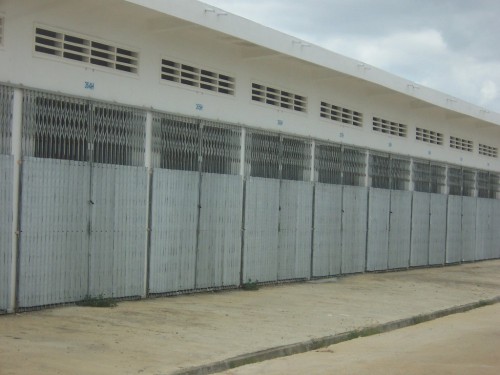 Cambodia has been marked by repeated violence in recent weeks. The country is facing a serious political crisis, its social climate is deteriorating, and increasing military repression has caused the death of peaceful protesters. Development and Peace, as well as several Cambodian organizations, including its partners, the Cambodian League for the Promotion and Defence of Human Rights (LICADHO) and the NGO Forum on Cambodia, condemns the use of lethal force by Cambodian authorities against striking textile workers.

Nearly 30,000 textile workers in Phnom Penh have been on strike since the end of December because they are asking for a pay raise, from $80 to $160 monthly. The Cambodian ministry of work announced that their salary would be increased to $100 per month in February 2014. Displeased with this turn of events, the unions and striking workers re-assembled on January 3rd in the Canadia industrial park, located in a suburb of Phnom Penh, where a number of garment factories that supply many international brands are located. They were targeted by police who, having failed to clear a boulevard that was blocked by protesters, opened fire. At least four workers were killed, and around forty people injured, including twenty or so who were shot, In addition, more than 20 people were arrested.

"The situation that has persisted for several weeks is unacceptable. The military can’t fire on peaceful protesters and deprive them of their right to strike", declared Christian Champigny, Deputy Director of International Programs for Development and Peace. "We can only condemn this new attack on the freedom of expression, association and assembly of Cambodian citizens. The government must respond with dialogue and not with guns to the demands of workers and political opponents,” he added. Convention No. 87 of the International Labour Organization (ILO) on the Freedom of Association and Protection of the Right to Organise, ratified by Cambodia, stipulates that “… no one should be penalized for carrying out or attempting to carry out a legitimate strike."
In the wake of its violent reaction to striking workers, the Cambodian government also used repressive measures on leaders and opposition protesters who were demanding the resignation of Prime Minister Hun Sen and new elections. On January 4th, police and individuals in plainclothes chased a thousand opposition demonstrators with wielding batons from Freedom Park. Women and monks were pursued and dispersed, and buildings were destroyed, including a Buddhist temple. "The authorities responded with violence to peaceful protests,” declared Naly Pilorge, Director of LICADHO, a partner of Development and Peace. "It seems clear that the workers' protest served as a pretext for the government to take action against political opponents,” she added.

On January 4th, the governor of Phnom Penh, Pa Socheatvong, banned the CNRP political party from organizing any protests in the capital "until a situation of normal security returns.”
"The total ban of political demonstrations until further notice violates the constitution and international treaties signed by Cambodia," declared Ms. Pilorge. "The government must tolerate peaceful opposition and end the harassment constantly suffered by political opponents,” she pointed out.

Development and Peace has been involved in Cambodia for fifteen years, and more recently, has been focusing on supporting victims of forced evictions and of political and judicial repression.

You can read a declaration signed by several of our partners in Cambodia, calling on the Government of Cambodia to respect the rights of workers in the country: