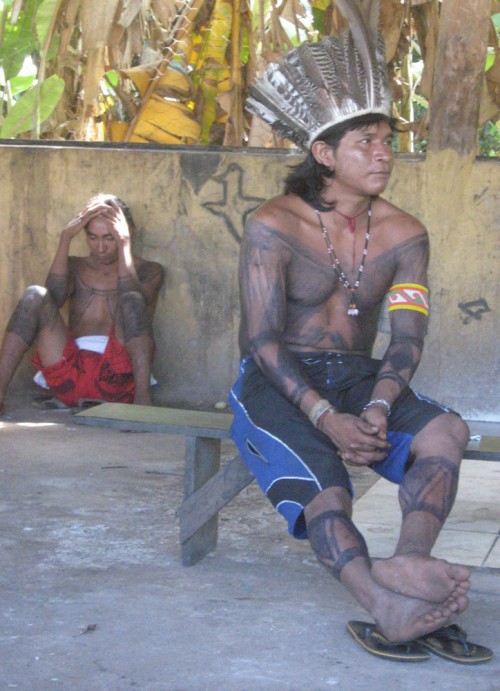 Last April, Pope Francis met with Most Reverend Erwin Kräutler, Bishop of the Prelature of Xingu and President of the Indigenous Missionary Council (CIMI), whose work is supported by Development and Peace in the states of Goiás and Tocantins (GOTO) in the centre of Brazil.

At the meeting, his Grace presented Pope Francis with a document on the violations of the rights of indigenous communities in Brazil, highlighting cases of violence centred around large-scale development projects that are destroying the environment and the way of life of the indigenous peoples of the country. Bishop Kraütler, himself, has faced repeated death threats for publicly speaking out against these projects and the brutal mistreatment of communities where they are taking place.

"Political groups and economic aspects concerning the food, mining and construction industry, with the support and participation of the Brazilian government, attempt to revoke the land rights of indigenous peoples,” explains a passage in the document given to the Holy Father.

Indigenous communities in the states of Goias and Tocantins, some of which continue to live in isolation from the rest of society, are experiencing the threat of the decimation of their people. These states, which are dominated by the Araguaia and the Tocantins River, are rich in natural resources and have become the sites of several major hydroelectric projects, as well as a basin for massive soya plantations, which are leading to the violent displacement of indigenous communities, as well as the exploitation of their ancestral lands without their consent.

In addition, the Brazilian government has drafted new laws that would circumvent the right of indigenous communities to be consulted on projects destined for their land and removes their right to give informed, free and prior consent before projects move forward.

Although these large industrial projects come with the promise of economic growth, these communities, which are some of the poorest in the country, experience few, if any, gains, and have little or no access to healthcare, education and other essential services.

CIMI-GOTO has been denouncing this situation and supporting communities in defending their rights and territories. The group is providing trainings on conventions and laws that protect indigenous rights, organizing mobilization actions, accompanying communities in gaining access to justice, and holding conferences where indigenous communities can come together to discuss the issues affecting them to develop concerted actions.

Since his election last year, Pope Francis has taken a particular interest in the poor and excluded and the role of the current economy in perpetuating inequality. In December, the Vatican organized a colloquium entitled "The Emergency of the Excluded" where João Pedro Stedile of the Landless Rural Workers Movement of Brazil (MST), also a partner of Development and Peace, spoke on the importance of understanding the causes of the multiplication of the excluded in the world rather than concentrating exclusively on the consequences.

At his meeting with the Holy Father, Bishop Kräutler noted that a report produced by CIMI reveals that there are 519 large-scale development projects in Brazil, affecting 437 territories belonging to 204 indigenous communities.