Development and Peace — Caritas Canada supports the call of South Sudan’s church leaders for the country’s much-anticipated transitional government to address the root causes of conflict.

Earlier this fall, principal belligerents, President Salwa Kiir and rebel leader Riek Machar agreed to form a transitional government of national unity by November 12, 2019. With that deadline nearing, the Catholic Bishops and Ordinaries of South Sudan released an open letter entitled, Let the Cry for Peace and Justice of the People of South Sudan be Listened to and Respected.

Asking “why the focus of peace efforts is on power-sharing between two or more individuals rather than addressing the root causes of the conflicts,” the letter reminds Kiir and Machar that a government can “only have legitimacy if it resolves the conflict and provides peace, justice, security, basic services and good governance for the people.”

Because of a complex web of historic, social, economic and geopolitical factors, Sudan has endured decades of inter-ethnic conflict. Peace seemed within grasp when its predominantly Christian southern region gained independence from the mostly Muslim north in 2011.

However, hopes for South Sudan being peaceful were dashed in 2013 when President Kiir accused his deputy, Machar, of planning a coup and fired him. This triggered a conflict between their respective support bases. The ensuing civil war has claimed some 400,000 lives and displaced a third of the country’s 12 million people.

Under international pressure, Kiir and Machar signed an armistice in June 2018 to end what had become Africa’s bloodiest civil war. So significant and hopeful was this development that Pope Francis was moved to kiss the two leaders’ feet and beseech them to abjure violence forever.

The South Sudanese expect much from the unity government that Kiir and Machar are to form. The participation of both factions in government, it is hoped, will promote peace and stability. Sadly, despite months of talks, the two parties have not agreed on terms. Machar’s call to delay the process another six months indicates that much remains to do before the politicians rise above power-sharing concerns, as the bishops and ordinaries have called them to do.

While the powerful haggle over power, the bishops and ordinaries note that the people of South Sudan struggle to cope with “violence, poverty, lack of basic services, corruption… and conflict… over resources, land, pasture, water and cattle.”

Development and Peace has contributed to the peacebuilding and aid provision efforts that the Church has undertaken since the very birth of South Sudan in 2011. We are supporting several Caritas South Sudan projects that are helping the conflict-stricken populace secure a dignified life and a promising future. In the dioceses of Juba, Malakal, Rumbek, Wau, Tombura-Yambio, Torit and Yei, these projects are improving agricultural livelihoods, providing shelter and promoting reconciliation among formerly warring communities. 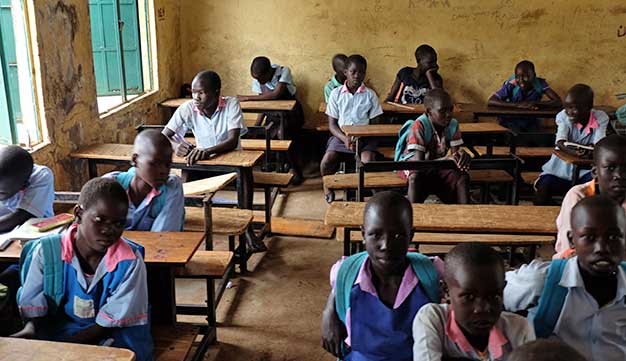 Thus far, food assistance has been provided to 1,055 households and cash support has been disbursed to 385 of the poorest households. Non-food aid in the form of blankets, mosquito nets and sleeping mats has also been distributed. Seed provision has helped 500 households cultivate maize, sorghum, beans, groundnuts, onions, okra and eggplants. Soon, peacebuilding and reconciliation workshops will be rolled out to over 13,000 participants.

Development and Peace remains committed to the people of South Sudan. We will continue supporting our partners’ efforts to secure their basic needs, restore their resilience and further their pursuit of peace and prosperity. We join the bishops and ordinaries in calling the country’s leaders to focus on delivering the good governance that their compatriots need and expect.