The Amazon faces humanitarian and environmental tragedy because of the pandemic 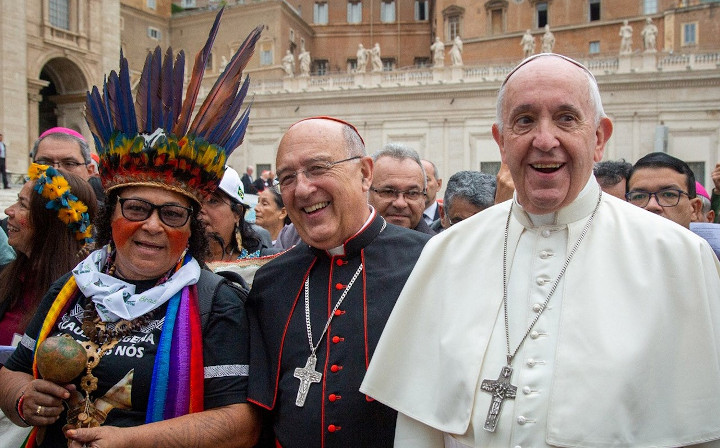 REPAM, the Pan-Amazonian Ecclesial Network, is sounding an alarm, calling for “urgent and unified action to avoid a humanitarian and environmental tragedy” in the Amazon because of the COVID-19 pandemic and its impacts. Cardinal Cláudio Hummes, Cardinal Pedro Barreto Jimeno, and Mauricio López of REPAM signed the statement, which states that there are two elements with “tremendous force, on a scale never seen before” that are “devastating Amazonia.” They are the COVID-19 pandemic and an “uncontrolled increase in violence in the territories.”

According to the World Health Organization, South America is the new epicentre of the global pandemic, with Brazil and Peru, which share the largest portion of the Amazon basin, reporting the highest numbers on the continent and the fastest transmission rate on the planet. Brazil now has the second-highest number of cases in the world after the United States. In a move seen as an attempt to control information, the country’s president, Jair Bolsonaro, has ordered the removal of swaths of data on the number of COVID-19 cases and the government is no longer releasing the total number of cases in the country.

The REPAM statement describes in detail the issues that each Amazonian country faces and shows why each is vulnerable to the impacts of the pandemic. According to the statement:

REPAM states that illegal mining and deforestation “continue in full force” across the Amazon basin.

Inspired by Pope Francis’s call to defend life, the Earth and the cultures of the Amazon, REPAM’s mission is to protect the rights and dignity of people living in this precious region. REPAM is supported by Development and Peace — Caritas Canada, as well as Caritas Internationalis and the national Caritas members in the Amazonian countries. REPAM played an essential role in leading the Special Assembly of the Synod of Bishops for the Pan-Amazon Region, held at the Vatican in October 2019. It continues to take action to bring to the world’s attention the fragile situation of Indigenous peoples in the Amazon and the critical importance of the Amazon biome to the planet, our common home.

Their statement concluded with a call to “all people of goodwill” worldwide to “join forces in defense of beloved Amazonia, in all its splendor, its drama and its mystery.” If you have not yet taken action to protect the traditional defenders of the Amazon, join the Development and Peace’s For our Common Home campaign.