An advent of love: The story of Fatuma and Hawa 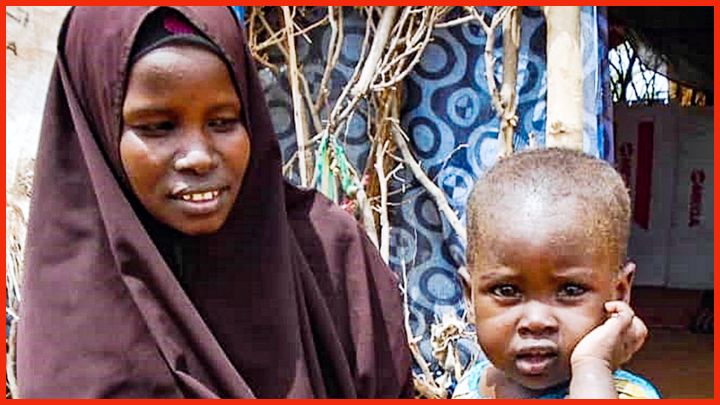 Mary doting over baby Jesus is a powerful yuletide motif. Hailing that maternal love, Pope Francis said, “The human family is built upon mothers1.” He also spoke of the loss of a child as “a wound that cannot… be healed2.”

Today, we bring you the story of how your love prevented one Somali mother from suffering such a wound by saving the love of her life.

Alternating droughts and floods, economic instability, a locust invasion and the ongoing pandemic have imperilled food security in Somalia. Over a fifth of Somali children under the age of five are now underweight3.

Like many Somalis, Fatuma faces several such hardships. As a single mother living in a camp for internally displaced persons, she has to work three jobs to provide for herself and her family.

Recently, Fatuma had a terrible scare. Her 21-month-old daughter, Hawa, developed severe skin lesions, a fever and a suppressed appetite. “I was worried she would die,” Fatuma recalled.

She rushed the little one to a nearby medical centre that is supported by Development and Peace — Caritas Canada and its partner, Trócaire. Hawa was found to be underweight, chronically malnourished and severely anaemic.

After a blood transfusion, Hawa was transferred to a stabilization centre that is part-funded by Development and Peace and the Canadian Foodgrains Bank. Intravenous drugs and carefully calibrated nutrition raised the toddler’s bodyweight by 20 per cent within days. Trócaire’s outpatient nutrition program took over from there.

“Every week we were taught how best to feed and take care of children,” Fatuma recounted. After a three-month follow-up, Hawa was fully recovered. “I am very happy she is alive and very healthy,” Fatuma gushed, “I am thankful to Trócaire and all the others who supported us.”

A love that makes a difference

Every year, thousands of Canadians turn their love for humanity into the generosity that allows Development and Peace to help make such stories possible. In Somalia, we help Trócaire provide:

To sustain such life-affirming work around the world, we invite you to continue spreading solidarity.

This Christmas, give the gift of love!