5 years of war in Syria: The voice of our partners

Today, March 15th, marks the 5th anniversary of the start of the war in Syria. It may not be an anniversary to celebrate but it is one that we cannot forget either. The #withsyria movement, which is a coalition of organizations worldwide that includes Development and Peace, wants as many people as possible to show their solidarity with the people of Syria today. On this day, Development and Peace is giving voice to its courageous partners in the region, who even after 5 years are still providing life-saving aid. Here is what they have to say about the ongoing war and its impact on their people.

How do you feel about it being the 5th anniversary of the war in Syria? 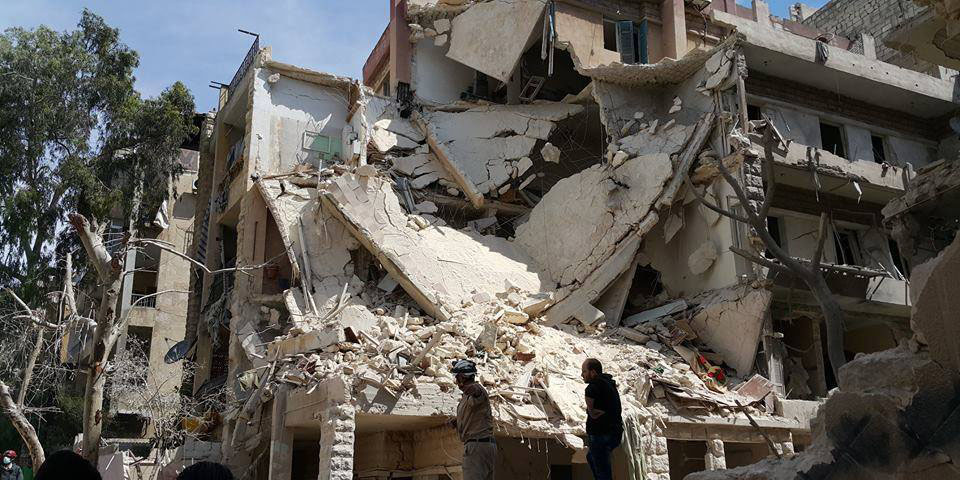 We feel that Syria’s civil war is the worst humanitarian crisis of our time and that the effects of this conflict can sometimes feel overwhelming. We are concerned about the generation living through this war, the children who are being tremendously affected on all levels: education, health… We wonder how they will rebuild a country when all they know is war, destruction and no value for human life. But, despite this, we are committed to helping Syrians for as long as it takes.

They are feelings of both sadness and happiness. Sadness because of the huge sacrifices that the Syrian people have made and are still making, and happiness because, despite having been through such harsh circumstances, the people still have the persistence and determination to demand their freedom and dignity.

It is really terrible that after 5 years there is still NO solution to the Syrian crisis. There are over 10 million displaced people and refugees who are suffering and in need of help, aid and peace. Today, and after 5 years working to respond to this crisis, it feels as if we are still at the beginning. There is a lack of funds, not enough support, refugees can’t work and are dependent on humanitarian aid. And this is in addition to the large percentage of Syrians who are paying traffickers to take them to Europe in search of hope, peace and dignity.

I am sad about the people we have lost and are still losing. And I am angered by all those who have contributed to destroying our country. At the same time, I hope that the ceasefire will continue and we will be able to move to negotiations that will stop all the killing and destruction that is happening.

The general sense among the public is that everyone within Syria is exhausted and there is a high sense of helplessness. It feels as if the entire world has abandoned the Syrian cause and that every step towards a solution to the crisis is based on intersecting interests between countries. The cause of the Syrian people's liberty is no longer on the agenda.

As for people in civil society, they are suffering from depression, but they continue to work to alleviate the suffering of the people in the areas where they work. Currently, the entire community is exhausted due to the excessive burdens that have been assumed by it, as it is playing the role of civil society and the role of government at the same time. Therefore, civil society is driven by the overwhelming needs of the people and not for the existence of a solution to the current crisis. With this kind of pressure, it is expected that civil society actors will collapse, along with some of the aid organizations in Turkey, in the coming period. It will be a result of the complexities and pressures that have been placed on Syrian organizations.

What does the support of Development and Peace and Canadians represent for you? 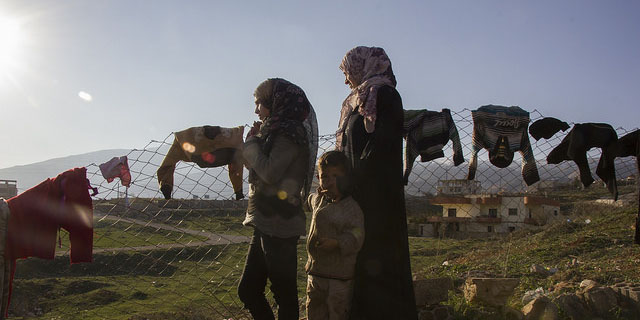 One fact is simple, 1 million Syrians in Lebanon need help to meet their urgent needs, yet the Lebanese government is facing a crisis and has proven its incapacity to handle several issues including the refugee crisis. The continuous support of Development and Peace and of Canadians represents to us a precious and tremendous contribution to allow us provide and sustain our activities with Syrian refugees and vulnerable Lebanese families. This support has proven to us once again that we can count on our partners and they can count on us in times of need.

The support of Development and Peace and the Canadian government has played a vital role in helping needy refugees, particularly in providing health services. This support came at the right time, when we were facing many obstacles: lack of health services, absence of health programs that offer assistance to refugees, limited humanitarian actors in the healthcare sector. Caritas Jordan is one of the few organizations that is working on health, and it depends on the support of different donors. The health assistance program funded by Development and Peace and the Canadian government is considered a big partnership for us. Caritas Jordan is currently implementing Phase III of this program and the support from Canada represents an initial support to 50% of Syrian refugees patients. It really can allow many patients to access treatment, especially since new regulations were put in place by the Government of Jordan that makes Syrian refugees pay the same rates as uninsured Jordanians (i.e. refugees have to pay 60-70% of their health treatment). Our project with Canada includes equipping and opening a new centre in a different location, and this is part of a sustainable approach strategy that will benefit the refugees and local communities as well.

This kind of support gives us hope and tells us that there are people who care. They help us and encourage us to work and to develop ourselves to be independent and productive, and not just be recipients. They help us to come back to life.

They are strategic partners and have played a major role in the development our organization, especially in the launch of our office in Turkey. We consider Development and Peace as a partner, not a donor since it helps us in achieving our goals without imposing restrictions or its own vision.

What gives you hope? 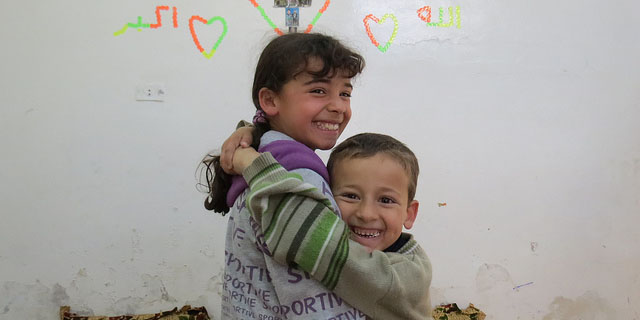 Our faith and our belief that throughout history the way of truth and love has always won, even if for a time conflicts seem endless and tyrants invincible. Our belief that if there is the political will to stop the war, the solution to this conflict will be initiated very quickly and Syria will become the biggest worksite in the world on all levels.

We are afraid that hope that the conflict will be over has become just a dream for many Syrian refugees. On the other hand, Caritas Jordan is trying to find a way to bring more hope through different approaches, such as:

What gives us hope are the people who have stayed in the destroyed areas that are under bombardment and shelling and in the besieged areas. They have created ways to continue their lives and still believe in the revolution. The Syrians who still believe in one Syria and try to find solutions and gather all Syrians together to save what remains.

The existence of partners that are interested in the Syrian cause and in being in a role of partnership and not just one of donor. Support of the Syrian cause by partners that view it as a revolutionary cause and not a war. Finding urgent solutions for the current complex situation. A real adoption and support of civil society work in Syria that is based on a real analysis of the problems, and that is done within Syria and not through programs from abroad. 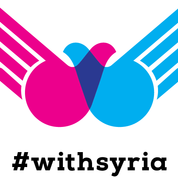 Here are ways you can show your solidarity with the people of Syria: