The 2015 election campaign: where do the parties stand on climate issues?

The struggle against climate change is at the heart of Development and Peace’s new campaign Create a Climate of Change, and is one of the main issues put forward in its 2015 Electoral Guide.
Read more

Federal elections: where do mining issues fit in?

For a number of years, Development and Peace has been calling on the Canadian government to establish an independent ombudsman for the Canadian extractive sector that can investigate complaints brought by communities in countries of the Global South affected by the operations of Canadian companies.
Read more

The Munk Debate, which is the first-ever federal election debate devoted exclusively to Canada’s foreign policy, will be taking place today, Monday, September 28 in Toronto. This debate, where the leaders of the major federal political parties running in the October 19 elections will face off, is a unique opportunity to inform the party leaders about your foreign policy concerns. You can share your point of view on Twitter using the keyword #MunkDebate.

The Philippines: Community resistance to mining

As part of the International People’s Conference on Mining, I had the chance to participate in a solidarity visit to the city of Mankayan in the Province of Benguet in the Philippines. 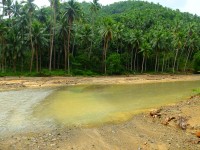 From July 30th to August 1st, the International People’s Conference on Mining (www.peoplesminingconf.net) took place in Quezon City, the Philippines. Development and Peace’s Filipino partner Center for Environmental Concern was part of the organizing committee of the conference.

A step towards reconciliation

On June 2, the Truth and Reconciliation Commission of Canada released its final report before an audience filled with expectation and emotion. After having collected 7,000 testimonies over a period of six years from victims and persons in charge of Indian Residential Schools, the Commission concluded that these institutions were the key element in a policy of “cultural genocide” directed against the First Nations of Canada and designed to eliminate any form of distinct Aboriginal legal, social, cultural or religious entity. Upon closing their work, the commissioners stated that only an important reengagement on the part of the State, combined with a broad public dialogue, can open up a way toward genuine reconciliation and equal opportunities for Aboriginal populations. A list of 94 recommendations was drawn up to guide the process.
Read more 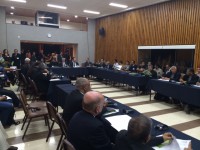 It seemed a million miles away from the melting glaciers, the eroding deserts and the shrinking forest frontlines of the international battle against climate change. A Catholic school hall surrounded by manicured gardens in an upper class suburb of Lima was the setting for a high level dialogue between the Peruvian bishops’ conference, bishops from France, Brazil, Bangladesh and South Africa, and delegates from some of the developed nations attending the UN climate talks currently taking place in Lima.

Once again, corporate accountability of the extractive industry is compromised

During the past year, a broad coalition of Canadian civil society organizations have called for the creation of an independent ombudsman for the extractive sector who is able to make justice more accessible for communities from the Global South affected by Canadian mining operations. As part of this ever-growing movement, Development and Peace has repeatedly insisted on the need for this mechanism, through the Voice for Justice campaign, as well as in previous campaigns. 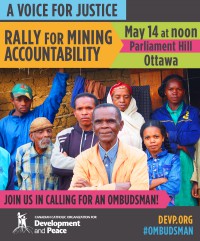 A Voice for Justice will be heard on May 14!

Come join a mass rally on May 14th calling for Canadian mining companies to be accountable for their actions overseas!

The rally will take place on Wednesday, May 14th at noon on Parliament Hill in Ottawa.

Come be part of hundreds from across Canada who will be gathering on Parliament Hill to call for an ombudsman for the extractive sector so that communities negatively impacted by Canadian mining companies in the Global South can have a Voice for justice. 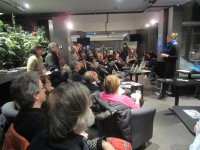 Quebec City members call for A Voice for Justice!

Development and Peace members in Quebec City held a week of action for the Voice for Justice campaign in their region by organizing several activities featuring Ramsey Hart from Mining Watch Canada. 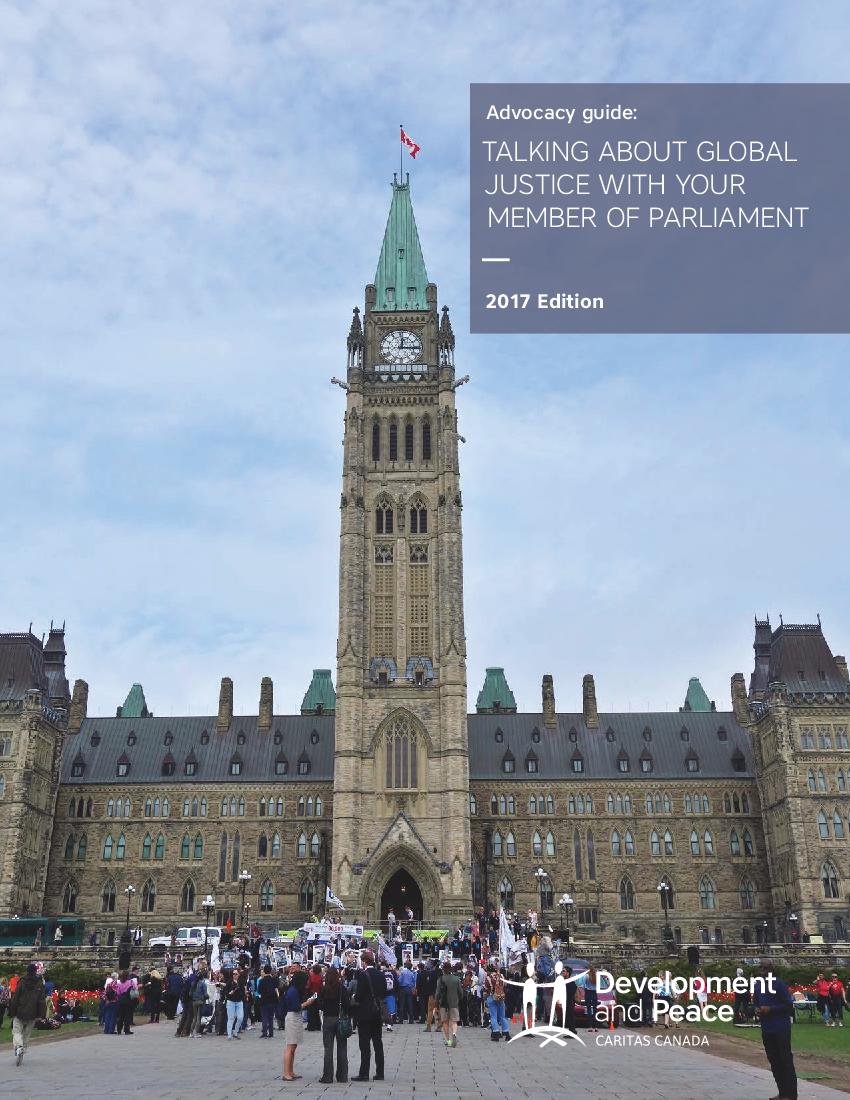 REPORTING FORM
Have you communicated with your MP? Tell us about it!
Go to Online Form